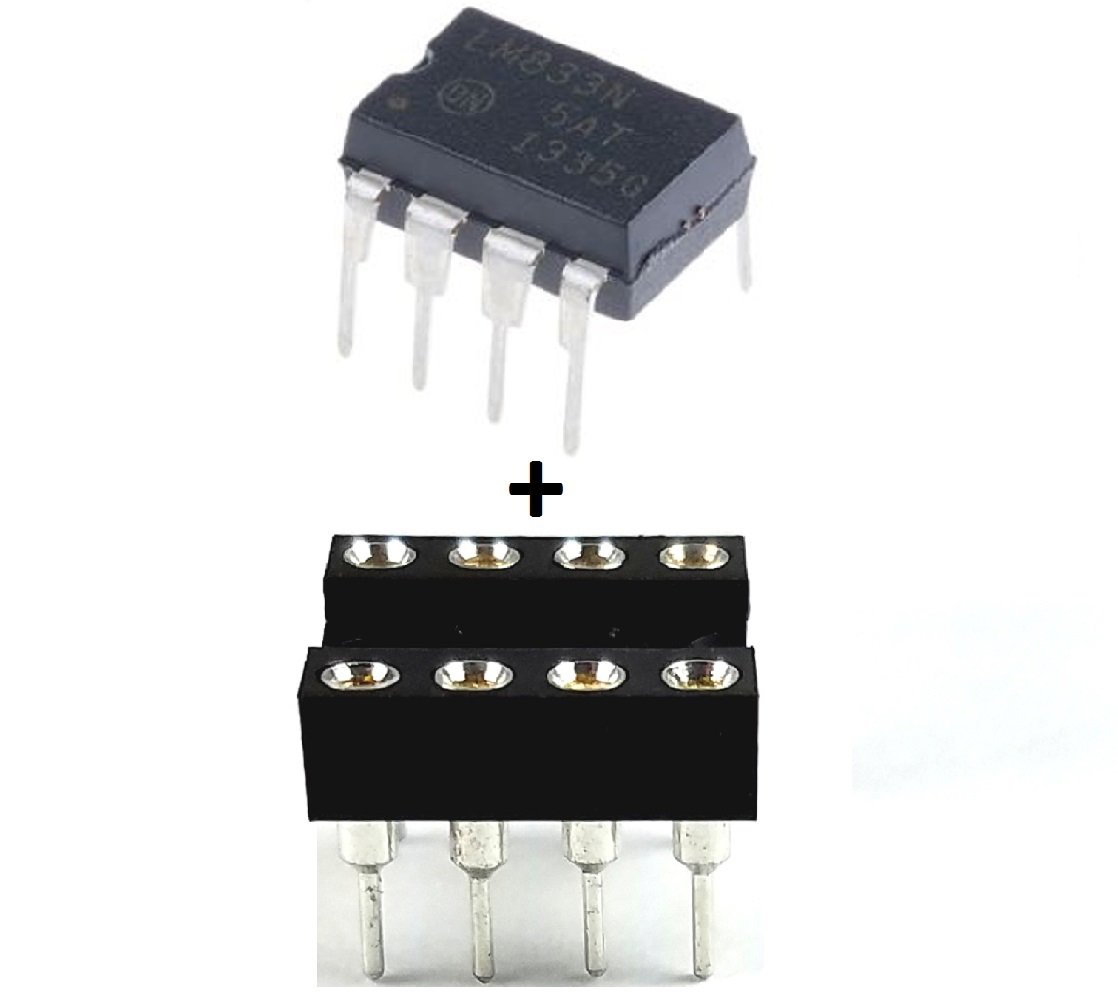 The LM833 is a dual general purpose operational amplifier designed with particular emphasis on performance in audio systems. This dual amplifier IC utilizes new circuit and processing techniques to deliver low noise, high speed and wide bandwidth without increasing external components or decreasing stability. The LM833 is internally compensated for all closed loop gains and is therefore optimized for all preamp and high level stages in PCM and HiFi systems. The LM833NG is pin-for-pin compatible with industry standard dual operational amplifiers.